Men’s 7s had a successful summer…With Boston defending its 2015 NERFU Cup Series title, it seemed every weekend resulted in a battle in the Finals against cross-town rivals the Irish Wolfhounds. The Hounds would narrowly take the Cup Series this summer, but the bar had been set high, and Boston RFC entered two panels into each tournament in June and July. Player numbers were high, with over twenty five college age 7s players attending each training session in Milton. Boston 7s is growing from within, and is now attracting quality players from colleges all around the Northeast and beyond. 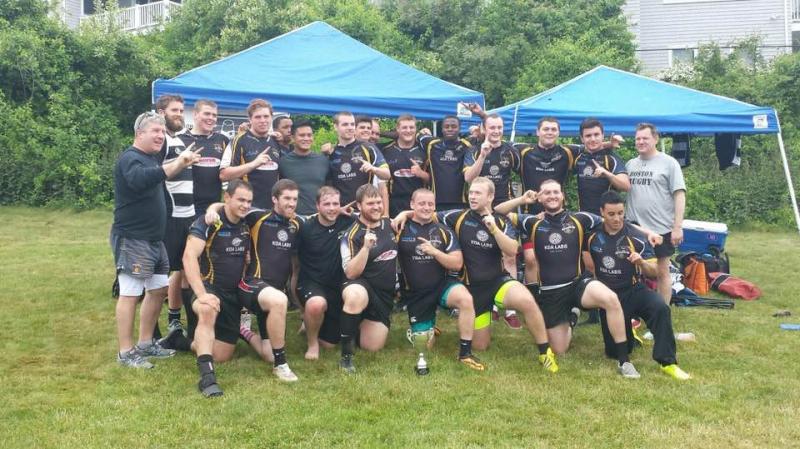 Building on its success in Bermuda, our Boston Collegians squad mixed ranks with our D3 players and traveled to Falmouth for the inaugural Cape Cod Tens. Boston left a trail of bruised bodies in it wake, going undefeated in pool play, and winning the Cup Final against Mad River in a terrific end to a highly successful tournament day. Great result!

Boston entered a Social side comprised of BRFC players ages 19-69 (god bless ya Charlie Stacy) which culminated in a consolation match for the ages against our undergrad friends at UMass. Great day of rugby for all. 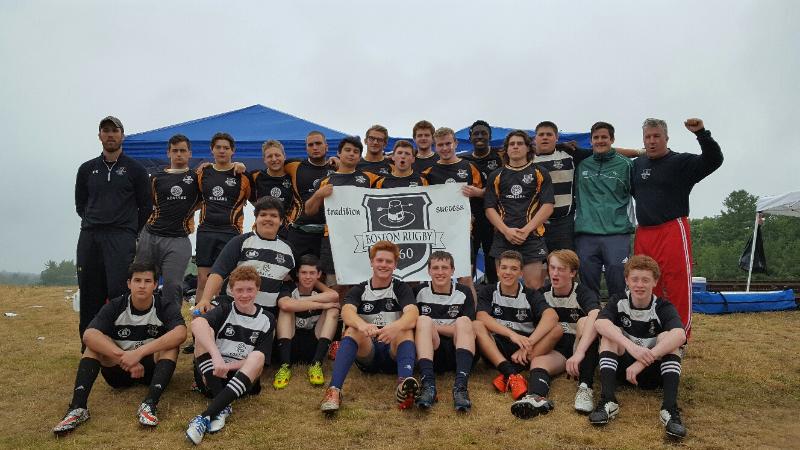 Another hot and sultry day at Acton 10s resulted in Boston RFC U-19s taking home the Varsity Cup! In a heated battle against the Irish Wolfhounds in the Final, All American Jack Miller pounded in two late tries off loose ruck ball to cap off a 22-10 victory for the boys from Boston. Well done U19, and U17 as well, for entering into five tournaments this summer and giving it their all in Newport 7s, Acton 10s, Blue Hills 7s, Beanpot 7s, and Bay State 7s. U19 also took home a bronze medal in Bay State Games! The future's looking bright.

Boston Rugby Academy and USA Eagle Impact Academy will be hosting clinics at Union Point during the spring, summer, and fall of 2020

All new players are welcome to attend practice with the team.

Stay tuned as we announce our new sponsors for 2019!